Building the Career of a Global Star with Manager Courtney Stewart

Some say it takes ten years to become an overnight success. But in 2016, a well-traveled military kid named Khalid was able to change his life when he released “Location” as a teenager.

“The first thing that he told me was, ‘I don’t want to be put in a box,’” said manager, and CEO of Right Hand Music Group, Courtney Stewart. “‘I want to make genreless music.’”

With that, Khalid, Courtney, and his team operated with one goal in mind: make music that speaks to all people.

Stem spoke with Courtney about the uncharted path that turned Khalid from an everyday kid with a story into a global phenomenon.

By the time Khalid landed in El Paso as a 17-year-old, he had already encountered and befriended people from across the country. Life as a military brat forced him to experience vast amounts of change, geographically and culturally, before his senior year of high school. Spontaneous moves across the country that force you to restart your life every few years can make for significant tumult for any teenager. Khalid, however, chose to channel his angst into strengthening his songwriting ability until it became distinct.

“[What] my attention was how he was writing these songs that connected to everybody,” Courtney said. “He has a special gift to write music that resonates with people of all different ages, cultures and backgrounds.”

Early on, Khalid openly wrote from a place of vulnerability and transparency. He told his story his way, which eventually became a refreshing nuance unique to his brand of music.

Audiences that will end up becoming your core fan base will organically gravitate to you when they believe you’re coming from a genuine, authentic place. Once that level of trust is established, the next step is to generate mass exposure so that more audiences can discover you and your story.

Because Khalid’s lyrics told a better story about who he was than any formalized marketing strategy could, Courtney and his team introduced their artist to the music world by prioritizing his authenticity in each of their amplification efforts.

At the time, playlisting on major DSPs like Spotify and Apple Music hadn’t become the prominent avenue for promotion it is today. Instead, Courtney and Right Hand utilized Soundcloud, a platform that, at the time, was primarily used by the same generation that Khalid came from, to release his debut single “Location.” 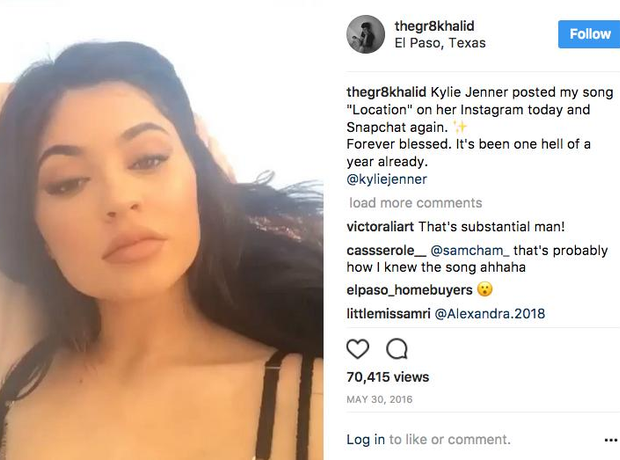 “I think he was at the forefront of the streaming era,” Courtney mentioned. “I look at it as God’s timing because he’s a millennial. He’s a walking playlist.”

As streams increased, Kylie Jenner caught wind of the single and posted it to her Snapchat – another platform heavily used to discover new music by Khalid’s target demographic. Courtney admits that he doesn’t actively seek to implement influencers into his marketing campaigns; instead, he says that Khalid’s support within the industry came from organic discovery.

“That’s what happened a lot when we put out American Teen. His fan base grew, and a lot of his colleagues in the artist community would tweet about him. It was totally organic.”

Courtney soon became curious to see if the digital popularity could be converted into a tangible fan base. 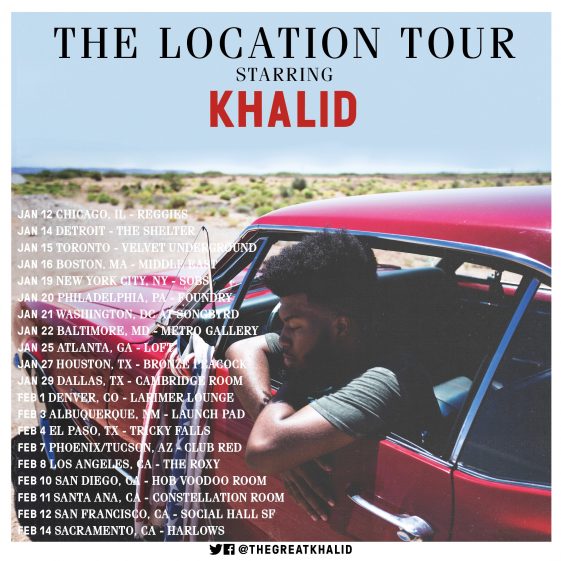 “The first thing we did was route a tour – 20-plus cities in small venues. Some people told me that wasn’t the right move at the time […] We did the tour, and we sold out every date.”

This move provided Courtney with opportunities to:

“He took pictures and had conversations with every fan. That was genuine, there was no strategy. That was just what he wanted to do. Sometimes they were about to kick us out of the building, and he would say, ‘No, I need to talk to every fan.’”

All the information gathered from this tour was then poured into the strategy for the rollout of Khalid’s debut album, American Teen, and set the stage for Khalid as the next phenom to take over in music.

American Teen debuted at No 9. On the Billboard 200 chart, eventually becoming a multi-platinum-selling project, earning 5 Grammy nominations and since garnering over a billion streams. The project’s second single “Young Dumb & Broke” peaked at No. 1 for 11 weeks straight on the Billboard R&B Songs chart.

If Khalid’s first couple of tours tested the existence of the fan base, the Roxy Tour was proof that it not only existed but was growing rapidly. The tour grossed over $8 million in ticket sales domestically, but Courtney and his team ensured that Khalid’s personable and generous personality continued to show even as he rose in prominence.

Via Rolling Stone, “The Roxy tour gets its name from Khalid’s newly adopted Pitbull mix, Roxy, whom he rescued from a Los Angeles animal shelter. In honor of Roxy, $1 from every ticket sold will be given to local animal shelters on each tour stop.”

Additionally, they developed campaigns with a handful of brand partners to help bring American Teen to life, keeping Khalid’s sophisticated but youthful energy at the forefront of each partnership.

While the popularity of American Teen singles like “Young Dumb & Broke” and “Location,” turned Khalid an in-demand sensation, the team made a conscious effort to stay away from oversaturation.

To keep the momentum going in between the debut and his sophomore effort, Courtney and his team chose to maintain the hype around Khalid through features. They made a point for Khalid to only participate in features that exposed him to diverse audiences and allowed him to shine on each song with his unique vocal and writing style.

“The features he did were with artists from different walks of life,” Courtney explained. “Collaborations with Marshmallow, Billie Eilish, H.E.R., Calvin Harris, and Ed Sheeran just to name a few.”

The marketing angle for Khalid’s debut was straightforward: a teenager who used his life experience to tell a story that resonated across cultures and demographics. But because Khalid had become a star and spent a year and a half touring, he couldn’t pull from the same life experiences that connected with his core fan base like before.

Instead, Khalid was inspired by the stories of his peers and wrote from their perspective of being college students and young adults. Though Khalid didn’t experience first-hand what it felt like to get into his dream school or stay in his hometown and attend community college, he channeled conversations he had with longtime friends who did, and explored those moments via his own lens.

The team implemented three non-traditional approaches to bring the project to life: 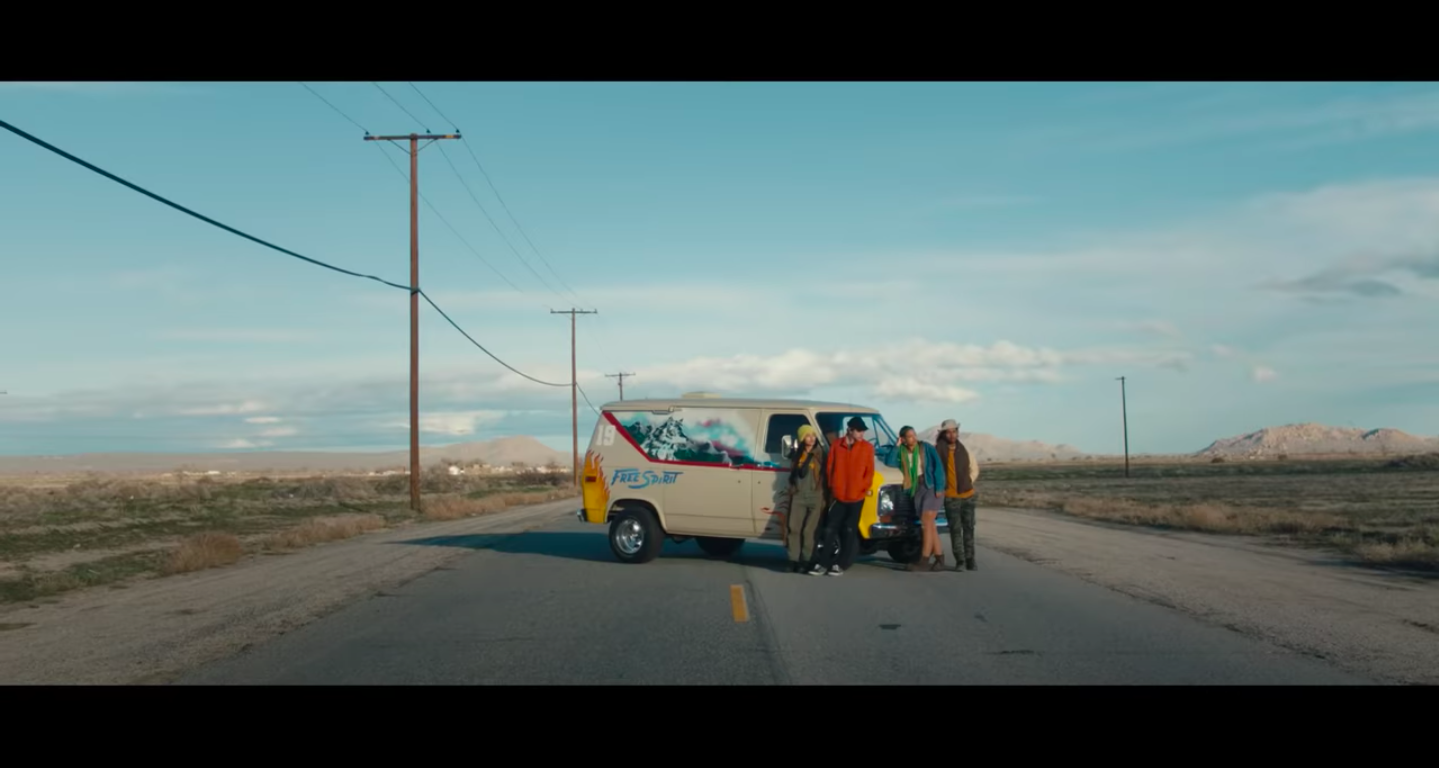 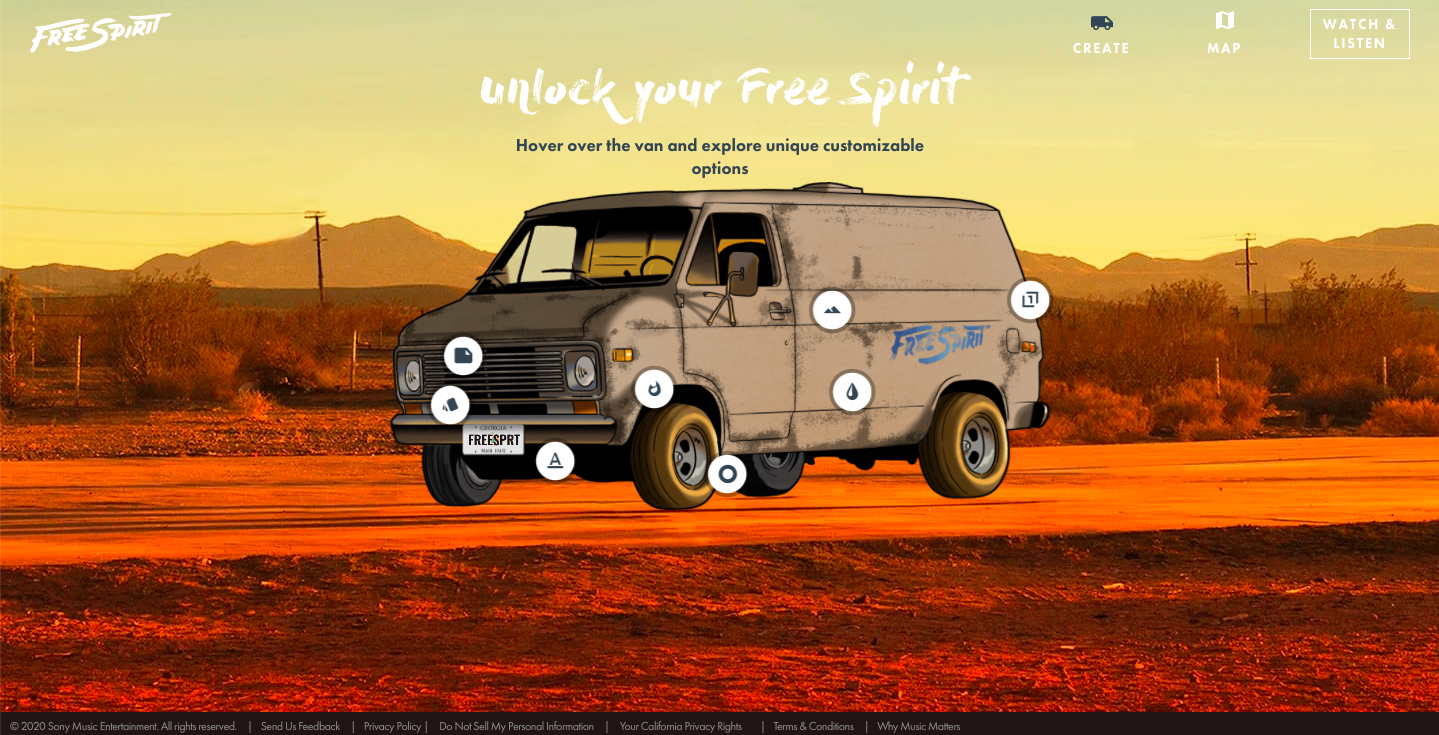 “We wanted it to be more than just an album,” Courtney said. “[The movie] was in more than 300 theaters worldwide for one night only. That was how we wanted to launch that from a marketing perspective because we wanted to bring that vision to life.”

Free Spirit embodied Khalid’s ability to convey his authentic perspective, this time represented through a new and matured concept. Given Khalid’s astronomical popularity by the time of release, the album was able to reach and connect with a wide range of audiences while still serving the core fan base that fell in love with the story he told during his American Teen days.

The tactical efforts Courtney and his team implemented to create a unique rollout experience, coupled with the foundation they laid in years prior, resulted in Free Spirit debuting at No. 1 on the Billboard 200 chart and moving over 200,000 equivalent units in its first week. Khalid also graduated to playing a sold out arena tour to support the demand for his Free Spirit World Tour, which more than tripled his touring business revenue to over $30 million.

No blueprint can be cultivated to engineer success from top to bottom. But from the first Soundcloud stream, Khalid, Courtney, and his team pioneered an unrivaled strategy using a careful balance of gut instincts and precise calculation.